At its peak, Hadoop was so dominant and massive in the big data world that many considered them the same thing. Batch processing at such a large scale was unprecedented. The revolutionary technology that was Hadoop soon matured into its own ecosystem, encompassing everything that had to do with big data. But with time better big data solutions have been developed and so companies started looking for Hadoop alternatives. 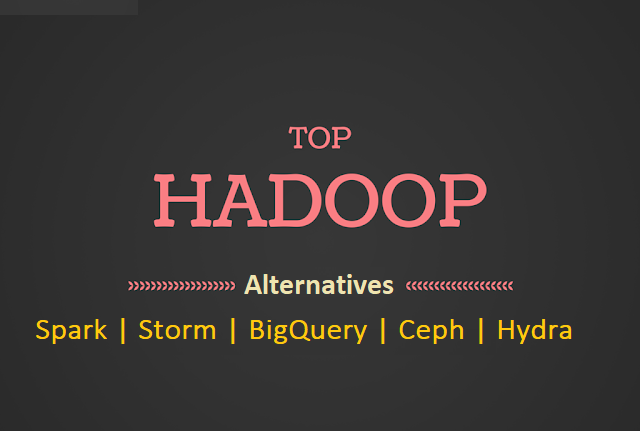 The big data ecosystem wasn’t to remain behind, however. Batch processing fell out of fashion with the increasing emphasis on faster deliverability, and Hadoop didn’t seem like it could keep up.

Solutions for this came up with the publishing of Hive, but it wouldn’t be enough. For a lot of businesses, Hadoop has lost its luster. Besides, new problems arise every other day, and even the definition of big data itself may soon get a full rewrite.

Fortunately enough, if there’s one thing the tech industry excels at, it’s filling the void that other products have been unable to compete in. Solutions to account for Hadoop’s complexity, lack of real-time processing and easier debugging soon emerged. 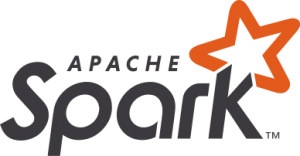 Spark is a framework maintained by the Apache Software Foundation and is widely hailed as the de facto replacement for Hadoop. Its original creation was due to the need for a batch-processing system that could attach to Hadoop. It has far outgrown its original intention and is more often used on its own, without the need for a configuration with Hadoop.

The most significant advantage it has over Hadoop is the fact that it was also designed to support stream processing, which enables real-time processing. This has been of increasing focus in the software community, especially with the rise of deep learning and its counterpart – artificial intelligence.

It manages to support stream processing due to its reliance on in-memory processing rather than disk-based processing. This feature also grants it hundreds of times the maximum throughput Hadoop can possibly manage.

Apache Storm is another tool that, like Spark, emerged during the real-time processing craze. Its creation happened from the ground up, relying on its own workflow topologies.

These execute continually until a significant disruption occurs or the system shuts down. Storm can read and write files to HDFS but does not run on Hadoop clusters. Instead, it uses Zookeeper to spawn a minion worker that it then uses to manage processes.

One of the biggest differences between Hadoop and Storm is in the way they handle data. Hadoop’s data processing operates such that data enters the file system, gets distributed through the nodes to get processed, and finally pulled back into HDFS for use after accomplishment of the task.

Storm doesn’t have such discrete beginnings and ends for the processing of data that’s fed into it. This data is then transformed and analyzed in a continuous stream of different information entries. Storm is thus a system that’s specialized at complex event processing (CEP). 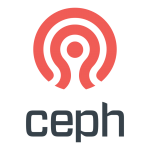 Ceph is a platform that implements object storage on a single distributed node in the network and makes it easy for storage of objects at the block, file and object level. The main feature that sets it apart from Hadoop is its aim to be completely distributed without a single point of failure.

It replicates data during processing and is thus fault-tolerant. A great advantage of this is the absence of need for specialized hardware to achieve. The addition of these features reduces administration costs and the time spent on diagnosing and fixing errors on server clusters. It’s possible to access the Ceph storage system via Hadoop, eliminating the need for HDFS.

One area that Ceph performs noticeably better than Hadoop is handling a large-scale file system if your data is in the format of files. For example, if you need to organize all your data into folders, HDFS’s single central name node design creates a single point of failure. This way, Ceph scales much better than Hadoop (HDFS, really) for convoluted directory structures. 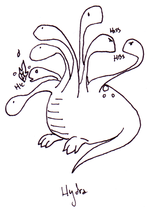 Hydra is a distributed task processing system that never got the same kind of traction as software backed by an organization such as the Apache Foundation. This makes its ability to tackle a lot of big data tasks that Hadoop struggles with all the more impressive.

Its main draw is its support for both streaming and batch operations and storing and processing data in trees across thousands of clusters. It can handle clusters with hundreds of individual nodes.

It also comes with a cluster management component that handles automatic allocation of new jobs to the cluster and rebalancing existing ones. Much like Storm and Ceph, it achieves fault tolerance through data replication and automatically handling node failures. 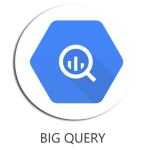 Google’s BigQuery is a relatively new entrant into the big data space but has managed to make ripples throughout the industry. It is a fully-managed system that lets you use SQL without worrying about the infrastructure or database, all running on Google’s own state-of-the-art hardware. Google has also been very proactive in the upgrading of current software and hardware to make it run smoother with every update.

It comes with in-built data mining algorithms that are useful for discovering patterns in raw data that would be hard to do using regular transactional databases. In many applications, even Hadoop pales in comparison. The complex queries it runs would be expensive to run on your own servers and need to be high-performing, to begin with.

It abstracts all these complexities and offers much faster speeds – what would normally take hours on Hadoop takes minutes at most. All this at a fraction of the cost. Additionally, it stacks up evenly against Hadoop due to its compatibility with MapReduce, entirely eliminating the need for its use.

Lastly, the structured nature of BigQuery makes it much harder to lose control of data. Hadoop’s design makes it easy to turn into a data lake. Any data, structured or not, can get shoved in. Despite the fast loading of data, it had during its invention, is an easy piece of software to convert into a huge, messy data swamp.